Book Of The Living 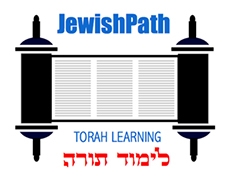 We know this because Holy Scripture teaches ‘All of the Hosts of The Heavens were created on The Second Day of Creation.

‘Thus The Heavens and The Earth were finished, and וְכָל־צְבָאָם ALL The Host of them.’

The Jewish sage, Ramban states that וְכָל־צְבָאָם ALL The Host of them makes reference to the Angels and the souls of all humans from every generation. Rabbi Dr. Charles B. Chavel Ramban {Nachmanides} Commentary On The Torah Genesis(Shilo Publishing House, Inc. New York, N.Y. 1990) p59

The two great lights and the stars that God Made were created on the Second Day and set in The Heavens on the fourth day. An Angel was appointed ruler over each star. Likewise, souls were assigned bodies.

How are you fallen from heaven, Lucifer O bright star, son of the morning! How are you cut down to the ground, you who ruled the nations?

We have just been informed that everything in the firmament, i.e. Heaven was created on the Second Day. The Torah Teaches us that each day of creation was a generation for The Heavens and The Earth. In other words, each day was NOT measured by 24 hours. Instead, a day was measured by generations that we do not know the length of.

These areתוֹלְדוֹתgenerationsof The Heavens and The Earth when they were created, בְּיוֹם עֲשׂוֹת in the day that The Lord God made The Earth and The Heavens.

And The Lord God Formed everything from Aleph to Tav of the Adam from the dust of the ground, and Breathed into his / her nostrils נִשְׁמַת חַיִּים the breath of life; and הָאָדָם לְנֶפֶשׁ חַיָּה the Adam became a living soul.

The Midrash Shares A Story About Names

Rabbi Johanan ben Zakkai said, ‘When the Holy One, blessed be He, came to create Adam, He took counsel with the ministering angels, saying to them, ’Let us make man in our Spiritual Image,’ Genesis 1.26.

The Angels inquired, ‘What will be the nature of this man?’

The Holy One questioned him,‘ What is your name?’

Adam said,’ It is fitting that I should be called Adam because I was created from the ground; i.e. ‘Adamah’.

Then The Holy One asked, ‘What is My Name?’

‘It fits for You to be called Adonai; i.e. ‘Lord’ since You are Lord over all Your creatures,’ was Adam’s answer. Rabbi Hiyya said, ‘Thus it is written, ‘I am The Lord, that is My Name,’Isaiah. 42.8; i.e.; which means, ‘That is My Name by which Adam called Me.’

And God Said, ‘This is the sign of The Covenant which I give between Me and you and כָּל־נֶפֶשׁ חַיָּה every living soul that is with you, for every generation.’

And the bow shall be in the cloud; and I will look upon it, that I may לִזְכֹּר בְּרִית עוֹלָם remember The Everlasting Covenant between God and כָּל־נֶפֶשׁ חַיָּה every living soul of בְּכָל־בָּשָׂר אֲשֶׁר עַל־הָאָרֶץ all flesh that is upon the earth.

Holy Scripture Informs us that God’s Eternal Covenant was given to every living soul of all flesh upon the earth. All souls past, present, future, born, unborn and aborted are included. Again, these souls were recorded in The Book of The Living because it was God’s Will.

The Holy Scripture ONLY speaks of blotting man out of The Book of The Living. The Lord said, ‘Behold, all souls are mine; as the soul of the father, so also the soul of the son is Mine; the soul that sins, it shall die,’ Ezekiel 18.4.

From creation until now our Biblical Obligation is, and has been, and will continue to be And now, to fear The Lord our God, to walk in all His ways, to love Him, to serve Him with all our heart and to follow His Instructions.

‘I will blot out man who I created from the face of the earth; both man, and beast, and the creeping thing, and the birds of the air; for I will return to when I made them.’

Yet now, if you will forgive their sin; and if not, blot me, I beg you, from Your Book which You have written. And The Lord said to Moses, Whoever has sinned against me, him will I blot from My Book.

Let them be blotted out of The Book of The Living, and not be written with the righteous.

I will praise you; for I am fearfully and wonderfully made. Marvelous are your works! And myוְנַפְשִׁי יֹדַעַת מְאֹד soul knows that right well.My frame was not hidden from you when I was made in secret and finely wrought in the depths of the earth. Your eyes saw my unformed substance, and in Your Book, all things were written; also the days in which they are to be fashioned.

My נַפְשִׁי soul waits in silence only for God; from Him comes my salvation.

And now, Israel, what does the Lord your God require of you, but to fear The Lord your God, to walk in all His ways, and to love Him, and to serve The Lord your God with all your heart and with וּ בְכָל־נַפְשֶׁךָall your soul, To keep everything from Aleph to Tav of אֶת־מִצְוֹת יְהוָֹה The Mitzvot / Observances of The Lord, וְאֶת־חֻקֹּתָיו and His statutes, which I Command you this day for your good? Behold, The Heaven and The Heaven of Heavens is The Lord our God, the earth also, with all that is in it.

Dear Ones we can take comfort in knowing that our name is recorded in The Book of The Living. It is especially wonderful to know our soul will go to Heaven. We will join other souls already in Heaven. Heaven is a very good place.

May our study be for good!