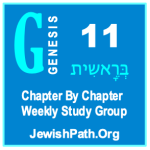 Genesis 11 The Impact of Splitting Hebrew

The creation and history of our world are fascinating to some of us. Initially, we were one people with one language, which each understood. Communicating was easy. There were no barriers. Our facial features and skin tones were the same. There were no red, brown, black, or tan people. Our ancestors enjoyed a place of peace and tranquility. They lived in a world of unfathomed beauty. There was no illness of any kind. There were no politicians! Each of us was beautiful, spiritual, and visually the same until our world changed.

Nimrod was masterful at capturing people with his twisted deceitful words much like the one who were elected through voting schemes, [more ballots than electorate] and the ones pushing the buttons in the FBI – CIA – HLS – who claim plausible deniability. How about the liars, the drunks, and the commies who soil America daily. Imagine the Nimrods in the presidency, the vice presidency, the speaker of the house, the senate majority leader, the secretary of state, and other such positions that define Nimrods divisive nature. Using the above example helps us to have a clearer image of the nature of Nimrod.

In 1656 From Creation, the worldwide flood brought judgment on every living being because they rebelled against God, forsook righteous living, pursued forbidden unnatural sex, absconded, stole, and more. Men taught their children wicked ways. They made idols their gods. Sefer HaYashar (Hoboken, NJ: KTAV Publishing House, Inc., 1993) p.15. (Genesis 7.11) informs us, Noah was 600 years old when he entered the ark. That means Noah had six centuries of contact and interaction with people on the other side of the flood before they perished. They had the opportunity to return to God but chose to live wickedly.

In 1996 From Creation, the world changed again because of wickedness and rebellion against God. (Pesachim 94b) says that Nimrod was the wicked man who stirred the whole world to rebellion against The Lord. (Chagiga 13a) says that ‘Before Nimrod, there were no wars or reigning monarchs. ‘The Stone Edition The Chumash (Mesorah Publications, Ltd., Brooklyn, N.Y. 1993), p. 47

Nimrod [evil] was the nemesis of Abraham [righteous], Patriarch of B’nei Yisroel! The date and time tie in with what The Midrash Says about Nimrod and Avraham. Nimrod and Avram lived during the same years. Nimrod was a king who threw Avram into the fiery furnace, i.e., Mih Ohr Kas Dim (Genesis 15.7).

Study Partners few consider the implications that followed (Genesis 11.1-9). The impact is gargantuan. Why? Holy Scripture Informs us that people communicated in only one language. Hebrew language of the universe for 1,996 years. During these years, everyone belonged to the same nation. Our world today is much different from the world back then. Splitting the language changed everyone’s life from the time of Babel, 1996 FC From Creation, until now!! Heninrich W. Guggenheimer, Seder Olam A Jason Aronson Book, Lanham, Maryland, Rowman & Littlefield Publishers, Inc. 2005) p 5

(Genesis 11.1) says, ‘And behold, All the earth was one language/speech and their words were one word/utterance.’

When The Lord God Split the Hebrew language into an additional sixty-nine different dialects, it greatly impacted how The Holy Scriptures are understood and interpreted. Parts of our world have never considered the implications of splitting the language. The splitting of language altered every action in the world from then until our present age. We cannot measure the impact breaking the language has had in our world. When the Lord God Divided the unity of humans by interrupting their language. Most of us already know that. In (Genesis 11) when The Lord God Divided humankind into seventy different languages, construction on the tower of Babel ceased immediately. Construction workers could no longer communicate. They could not understand each other. Our examination of Holy Scripture begins here. Much of the misunderstanding of The Holy Scriptures is rooted in The splitting of the language.

Splitting the Hebrew language resulted in the formation of 70 nations that dispersed throughout the world. In one night, 70 countries were formed.

Note the impact. Originally their words were one! On that day, each word had only one specific meaning. There were no multiple possibilities like there are in our age. Communication was designed to be exact back then. There were no possible misunderstandings. Then overnight words had numerous meanings that were different from each other. Immediately each word was defined differently by each of the 70 languages. Then, of course, there were variances within each language. The meaning of each word was confounded!

We need to let our imagination loose just a little to try and grasp the significance of the splitting of The Language.

Originally all literature in the world was written in the original language. Hebrew was the only language before 1996 From Creation Overnight, all Scripture and literature in the world became inaccessible to the people of sixty-nine nations. They could no longer read the teachings of Adam. They could not read The Seven Laws. They were cut off from all study material. Now they relied on their memory regarding the teachings of Adam and The Seven Laws. Sixty-nine nations were cut off from past teachings. They were like fish out of water.

It was up to the righteous descendent’s of Shem to preserve all the teachings from the beginning.

Do we understand how incredibly significant that was? The people who were building the tower were rebels. They were humanists. They were atheists. They had their ideas about religion. Neither Judaism nor Spirituality are religions. They are patterns of living. They practiced Idolatry. They believed they could build a tower that would elevate themselves above God. They intended to travel back and forth between earth and Heaven. They desired to supersede The Lord God. They did not follow the priesthood of Noah or Shem.

When The Lord God Confounded The Holy Language instantly, the communication of the sixty-nine nations was confounded. Then following the confounding of language, time was required for regrouping and establishing written communication for each country.

The confounding of language impacts each of us right here and right now! We struggle with communication on many levels. Husbands and wives have issues communicating. Employers and employees struggled with communication. Words in our age have different meanings than they used to. We wonder which meaning is intended!

The Hebrew Scriptures are in part misunderstood because important points that are anchored in the holy language have been translated out. One can’t see them nor find them!! People of the sixty-nine languages are vulnerable to incorrect translations and misunderstandings of The Hebrew Scriptures. Please remember that The Torah was written before the creation of the world.

(Avot 5.1) says that our sages teach that The Lord God created everything in our universe with only ten utterances. Yet, It is likely that most will not understand how that could be because the sixty-nine languages are confounded and confused.

Each species was created with a male and a female mate. In (Genesis 1.26 – 27), God [singular] Created [singular] Adam in His Spiritual Image. The Angels and other Heavenly Hosts were created with Spiritual images also. God Created the physical part of Adam from the dust of the ground in the area of the future Altar of The Holy Temple. Yet, It is likely that most will not recognize the correct interpretation because the sixty-nine languages are confounded and confused.

In (Genesis 1) – God Said, ‘It was very good,’ and again in (Genesis 1.31). We may not be able to comprehend how or why the sin of Adam and Eve is very good. Why? It is because we have not received The Teachings and the Traditions of our Holy Sages.

False teachings are spread among the people of the sixty-nine nations. These pseudo beliefs include the virgin birth, The Lord God impregnating Mary, the wife of Joseph, The Lord God being human, The Lord God having a son, and so forth. These false claims originate from the descendants of the rebels in Babel. They want to be closer to The Lord God of Israel. They will accomplish that according to the prophecy of (Zecharyah 8.20 -23) where Zachariah spoke directly about perhaps our time and age.

It is good that The Lord God Revealed the future from the past for us. May Our studies and prayers alert us to the fulfillment of Scripture in our age. May Our reflections and prayers comfort us as these worldwide events impact people, places, and nations.

May we stay within the Torah’s Guidelines of righteous living and repentance. May we help others and bring peace and healing to our world. May this coming Sabbath and every Sabbath be a blessed Day.