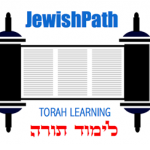 Dear family and friends, When Jacob was 63 years of age, Isaac gave him three requirements for marriage.

First, ‘[Jacob] You shall not take a wife from the daughters of Canaan.’ Second, Isaac said, ‘[Jacob] Arise, go to Padan-Aram.

Third, Isaac said, ‘[Jacob] take a wife from there of the daughters of Laban, your mother’s brother.’

Does giving marital requirements to a 63-year-old man seem odd? Can we think of a good reason why spousal requirements were not discussed until now? Does viewing Genesis 28 from our 21st-century perspective seems peculiar. Our passage seems unconventional then and now because people marry much earlier in life.

Esau overheard Isaac bless Jacob, and charge him not to take a wife from the daughters of Canaan. It was then Esau realized his marriage displeased his parents. Perhaps Esau wondered, why didn’t someone tell me? Let’s consider A few examples of righteous people who married.

Noach took the righteous Na’amah, the daughter of Enoch, for a wife. She was 580 years of age. Noach would have married much earlier but refrained from bringing children into a world headed for destruction. Noach took Metushelach’s three righteous granddaughters as wives for his three sons. His sons were nearing 100 years of age when they married. They did not consummate their marriages before entering the ark. Sefer HaYashar (Hoboken, NJ: KTAV Publishing House, Inc., 1993) pp 16 – 18. Abraham married Sarah, his niece, the daughter of Haran. They were married from a young age. Isaac was 40 when he married three-year-old Rebecca. They did not consummate their marriage until ten years later.

Based on these examples, age was not the deciding factor as to when one marries. Righteousness is the deciding factor! One’s spouse needs to be righteous. One cannot raise righteous children in a marriage that lacks righteousness. Besides, one’s potential mate needs to be virtuous. Remember, this is a pointer for parents should look for when selecting a mate for their child. Parents know the nature of their children. They know their strengths and their weaknesses. They know their habits if they are involved in their lives.

Isaac thought he knew Esau. He did not realize Esau acted righteously even though he was wicked. Esau deceived his father into believing he prayed, studied The Torah, and lived a righteous life daily. Jacob was also deceptive. Jacob deceived Isaac to obtain Esau’s Blessing. Where did Esau and Jacob learn deception? It appears that deception has more than one face. Our justification for using deception is lost, leaving just deception. Even though we state the grounds for when we used deception, others will see it differently.

Abraham deceived Pharaoh and Abimelech. Isaac deceived Abimelech. We may call these justified deceptions. However, they were still deceptions. The Torah reminds each of us to, ‘Be sure our sins will find us out,’ Numbers 32.23. In other words, The misdeeds of my sons are rooted in my father and me. So even though I try to be a good honest, moral, ethical man/father/husband but my life has some nasty, shameful sinful bumps. Dear ones, we can go off the rails just for a little while and end up paying for a long time, God Forbid! Kaw Naw Nah Haw Rah!

Isaac allowed himself to be deceived. He helped open the door to his deception. Both Esau and Jacob took advantage of that opening. We should be careful how we praise Jacob and despise Esau. Our children are facing their own demons. They don’t need an opening to use them. Let’s try to put this discussion and perspective. The only one who is perfect is The Lord God, whom we struggle to know, to learn, and to follow. We are Spiritually rooted in Him/Her. May we bless and lift His Holy Name. The Lord God is the only One Who deserves our praise and devotion. Blessed be His Holy Name!