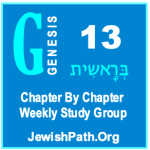 Dear family and friends, Genesis chapter 13 shares the painful separation between Abraham and his nephew, Lot. Abraham said to Lot, ‘Separate yourself, I beg you, from me; if you will take the left hand, then I will go to the right; or if you depart to the right hand, then I will go to the left.’ That is sad! The stress between them was so great that Abraham essentially said I will go in the opposite direction away from you. Abraham was righteous. Lot was also righteous BUT NOT on the same high level as Abraham. Lot’s character deficiencies hindered and tormented Abraham’s Holy Soul. Lot was a drain on Abraham. What was going on here?

The Story of Charan’s Death

At that time Nimrod had a kingdom. The events in this story occurred around the time The Lord God split The Hebrew language into 70 languages.

Much has been written about Terach. The Midrash informs us of Terach manufactured idols. He stopped manufacturing idols before he died. He eventually returned to HaShem God. The Midrash informs us at that time when he manufactured idols, he once went away somewhere and left Abraham to sell them in his place… A woman came with a plateful of flour and requested him, [to offer it to the idols]. So he took a stick, broke them, and put the stick in the hand of the largest idol. When his father returned he demanded, ‘What have you done to them?’

[His father cried out] Why do you make sport of me? [Do they have] any knowledge! Your ears [should] listen to what your mouth is saying. [Terach] seized [Avram] and delivered him to Nimrod.

[Avram countered], Let us rather worship water, which extinguishes the fire,

[Avram objected] Let us rather worship the clouds which bear the water.

[Fine said Nimrod] Then let us worship the clouds!

[Avram objected again], Let us rather worship the winds which disperse the clouds.

[Nimrod agreed], Then let us worship the wind!

[Avraham said] Let us rather worship human beings, who withstand the wind.

[Nimrod said] You are just bandying words, we will worship naught but the fire. Behold, I will cast you into it, and let your God whom you adore come and save you from it. Now Charan was standing there undecided. If Abram is victorious, [thought he]; I will say that I am of Abram’s belief, while if Nimrod is victorious, I will say that I am on Nimrod’s side. When Abram descended into the fiery furnace and was saved, [Nimrod] asked him, Of whose belief are you?

[Charan replied] Of Abram’s! Thereupon he seized and cast him into the fire; his inwards were scorched, and he died in his father’s presence. Hence it is written, AND CHARAN DIED IN THE PRESENCE OF (‘ AL PENE) HIS FATHER TERAH. See Midrash Rabba Bereisheit

Lot was raised in the indecisive environment of Charan, his father. Charan did not experience God as Abraham did. Charan was influenced by his father, Terach, Lot’s grandfather. Terach was an idolater. Nahor, Charan, and Abraham were raised in an environment of idols and idolatry. Lot had ethical and moral deficiencies in his marriage, among his children, his grandchildren, and his servant relationships. How do we know this?

Harry Chapin is famous for co-writing and recording Cats in the Cradle. The song is about a man who was too busy to invest time in his son’s life. The lyrics tell a story of a boy growing up to eventually become just like his father. I appreciate congregations like CRC where the rabbis involve themselves in the individual and in in the family. I treasure our rabbis for their dedication to constantly involving parents with children and the community in Spiritually fun events. I love a congregation that cares about loving people of all races, all genders, all political backgrounds, etc. It is good to have Spiritual Leaders that follow and teach the principles of lovingkindness. That is what our discussion is about.

Lot’s wife was against him. Lot prepared unleavened bread, i.e. Matzah. This is bread without leaven. The Torah makes it very clear that Lot prepared The Passover Matzah.Lot’s wife did not participate in The Passover Meal. A fierce quarrel broke out over the salt, for he [Lot] said to her [his wife], ‘ Give these guests a little salt,’ to which she replied, ‘Do you want to introduce that evil practice here also?’ Br R 50.4

When Lot did not have salt for The Passover meal she went from house to house requesting salt. She gossiped about Lot. She announced ‘We have Guests’ and Lot needs salt for The Feast he is preparing them. Br. R 51.5

One of our Sages taught, ‘Lot’s wife turned into salt because she was stingy towards the needy. Lot himself was a generous person, always inviting guests. His wife resented guests and discouraged them. One trick of hers was not to provide salt, a small thing which makes a big difference to guests. Therefore, she was punished by means of salt, measure for measure.

When Lot invited his children to The Passover meal they laughed at him and mocked him. Genesis 19

The Word פָּרֶד Paw Rehd means to separate, to disintegrate, to loosen, to decompose, to break down. Lot’s weakness is revealed. In Genesis 13 Lot breaks away. Lot divides himself from Abraham. He was attracted to the plains of Sedom. Lot led his family and servants to a perverse wicked city that was sexually perverted.

Then Lot chose for himself the valley of the Jordan, and Lot journeyed east, and they separated / Divided themselves, one from the other.

Later In Genesis 18.19, we learn that The Lord God of Israel Testified regarding Abraham.

‘For I know him, that he will command his children and his household after him, and they shall keep the way of The Lord, to do justice and judgment; that The Lord may bring upon Abraham that which He has spoken of him. ‘

Dear Ones, Lot did not command his children and his household after him. The First Letter of The Word פָּרֶדPaw Rehd is The Letter פPey. The פPey represents the mouth. The פPey represents what we say. In this situation, The פPey represented what Lot did not say. Lot followed the Observances he learned from Abraham to a degree.. That was during Abrahams 22 years in Horan. It was during that time Abraham taught the nations The Seven Laws. Following the 22 years in Horan Abraham made his first journey to The Land of Canaan. Genesis 12.1 – Heninrich W. Guggenheimer, Seder Olam{A Jason Aronson Book, Lanham, Maryland, Rowman & Littlefield Publishers, Inc. 2005) p 3

May we stay within Torah’s Guidelines of righteous living and repentance. May we help others, May we bring peace and healing to our world. May this coming Sabbath and every Sabbath be a blessed Day.