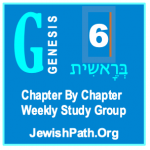 Study Partners during the first one-thousand-six-hundred-fifty-six years from creation, Mother Earth was the perfect humidity, temperature, and atmosphere for earth’s inhabitants. No one was too hot or too cold. There was no ice, dust, wind or snowstorms, hurricanes, typhoons, cyclones, tsunamis, tornados, blizzards, et cetera. Living conditions were supreme. Mother Earth was green and plush. The conditions for growing vegetables, fruit, wheat, barley, rye, spelt, oats, seeds, and nuts of every kind were phenomenal. Inhabitants enjoyed a good life that was easy for them. They prospered and thrived. Earth provided the best possible living conditions for its vegetarian Inhabitants.

(Genesis 5) provides us with many names of people who lived long lives. People in that time enjoyed long lives. (Genesis 5.5) says, ‘And all the days that Adam lived were nine hundred and thirty years, and he died.’ (Genesis 5.8) says, ‘And all the days of Seth [Adam and Chavah’s third son] were nine hundred and twelve years, and he died.’ That was about to change because of the extreme sinfulness of humanity. (Genesis 6.5) says, ‘And God Saw that the wickedness of man was great in the earth and that every imagination of the thoughts of his heart was only evil continually.’ (Genesis 6.7) says, ‘And the Lord Said, I will destroy man whom I have created from the face of the earth; both man, and beast, and the creeping thing, and the birds of the air.’; for He reconsidered having made them.’ (Genesis 6.3) says, ‘And the Lord said, My spirit shall not always strive with man, for he is [not only Spirit but] also flesh; yet his days shall be one-hundred-twenty years.’ We will take a short journey discussing some of the dramatic changes to our world. Let’s summarize:

First, Adam and Chavah were expelled from Gan Eden because they sinned. They were punished for failing to guard the garden and for their disobedience, and stealing. As a result, ALL humankind has suffered because of their sins.

Second, All the wicked inhabitants on earth were destroyed by the worldwide flood. (Genesis 6.1 – 2) says, ‘And it came to pass when men began to multiply on the face of the earth, and daughters were born to them, That בְנֵי־הָאֱלֹהִים Bi Nay Haw Eh Loh Heem – the sons of God saw the daughters of men that they were pretty, and they took as wives all those whom they chose.’

‘All those whom they בְנֵי־הָאֱלֹהִים chose means daughters, mothers, grandmothers, and married women. Their uncontrolled sexual lusts mixed supernatural angelic seed with earthly women, resulting in abnormal offspring, i.e., ‘the fallen. No one escaped from their evil escapades. (Genesis 6.13) says, And God Said to Noah, The end of all flesh has come before me; for the earth is filled with violence through them; [i.e., Giants known as ‘the fallen.] and, behold, I will destroy them with the earth.’ All flesh died except Noach, his wife, Na’amah, their three sons, Shem, Japath, Ham, their wives and Oge, a stowaway.

Study Partners, a center point of this story is that the sons / Angels of God saw the daughters of men. They were pretty.

At that time, the daughters, mothers, grandmothers, et cetera were all young, vibrant, and youthful-looking. The two Angels took wives for themselves from anyone they wanted. They did not restrain their lustful desires. Holy Scripture (Genesis 6.2) Says, ‘they took.’ we are to understand they had the physical power to do as they chose. They did not employ restraint. They used force to take whoever they wanted. Their misuse of their supernatural power destroyed the entire social order. The Nefilim broke their agreement with The Lord and the Torah.

(Genesis 1.26) informs us that God Said to the Angels, ‘Let us make man.’ ‘US’ included the angels. At that time two Angels, Uzza, and Azael objected.

They said to God, ‘What is man that You know him? Why do you desire to create man, who You know will sin before You through his wife?’

God said to Uzza and Azael, ‘you shall commit the very crime of which you accuse man.’ So it is written, ‘and the sons of God saw the daughters of man that they were beautiful.’ Uzza and Azael went astray after [the daughters of man] and were downgraded by God from their holy estate. Uzza and Azael were cast from heaven. They became known as הַנְּפִלִיםNefilim, meaning ‘the fallen’. Their descendants were Supernatural giants. To indicate their source of strength Holy Scripture calls the giants[בְנֵי־הָאֱלֹהִים the sons of G-d]. Rabbi Meir Zlotowitz and Rabbi Nosson Scherman, The Artscroll Tanach Series – Bereishis Vol. I(a) (Brooklyn, New York: Mesorah Publications, Ltd. 3rd Impression, 1989), p 182

Third, (Genesis 11) shares how our world of one language became seventy languages in an instant. and how the single meaning of a word changed into many meanings. The changes were gargantuan. It has changed everyone’s life from the time of Babel until now!! It has altered every action in each of our lives. We cannot measure the impact. The Lord God divided humans by interrupting their language. The original language of creation was Hebrew. In Genesis 11 The Lord God Divides humankind into seventy languages. Remember the story of The Tower of Babel in Genesis 11? Some are not familiar with the impact of the intricate details. That study is for another discussion.

Fourth, during the first two-thousand- eighty-five years F.C. / from creation people did not age. No one died of old age until after the Akeidah. Our sages teach us that after Abraham willingly offered Isaac as the holy sacrifice on the altar he built, God provided the ram in place of Isaac. Afterward when they were coming off of Mount Moriah Abraham, prayed for visible old age. Instantly people throughout the world showed age. Rabbi Meir Zlotowitz and Rabbi Nosson Scherman, The Artscroll Tanach Series – Bereishis Vol. I(a)(Brooklyn, New York: Mesorah Publications, Ltd. 3rd Impression, 1989), pp 888 – 889. There is a great deal more to this subject which I discuss at another time.

Scripture indicates a place where a man may no longer have his Yetzer Tov, Good Inclination. Perhaps that place is described in this Chapter of improper relationships. And He, HaShem Said, My Spirit shall not Judge among man forever. [The entire years a righteous individual lived to were less than one thousand up until this time.] Moreover, he is flesh, and his days will [now be] one-hundred and twenty years.

Mystically we see the name of Noach’s children represent the total years a righteous person may live.

Noach preached righteousness. (Genesis 6.3) states that, God Waited 120 years, speaking in regards to the sinful people living in Noach’s day, God Said, ‘My Spirit shall not continue to judge man forever since he is but flesh…’

Sefar HaYasher says, HaShem Required Mesushelach and Noach to preach repentance every day for 120 years leading up to the flood. Sefar HaYasher notes that five years before the flood, HaShem Commanded Noach to build the Tava/ark. (Deuteronomy 34.7) notes, Moshe lived 120 years exactly. Moshe, through the Hand of God, brought destruction on Mitzriam.

What is the point of the number 120? A righteous line of individuals came forth from Shet, the third son of Adam and Chavah. His descendants became a line of righteous people whereby the world would be saved. We are all from this righteous line of Seth. We have deep and unique veins of righteousness that run through our bodies, reaching back thousands of years.

It is good that The Lord God Provides us with easy ways to repent. May we stay within the Torah’s Guidelines of righteous living and repentance. May we help others, May we bring peace and healing to our world. May this coming Sabbath and every Sabbath be a blessed Day.