Dear Family and Friends, we are entering Genesis Chapter 20. Our focus is on ‘having our back against a wall.‘ How well do we deal with ‘Being Backed Into A Corner?’ How do we act when we are in between a rock and a difficult place?  What happens when we are behind the eight ball?

Perhaps our situation may be similar to Abraham’s. Much of what we do depends upon our perception. Abraham states his opinion to king Abimelech. Abraham said, ‘I thought, surely the fear of God is not in this place; and that they will slay me for my wife’s sake.’ Abraham was feeling the heat! His actions were a matter of survival. If we could read between the lines a little, Abraham noticed the looks, the stairs the men of Gerar were giving his wife, Sarah. He was concerned that the men in and around Gerar would murder him and take his wife. That appears to have been Abraham’s mental perception of the men of Gerar.

Please take several minutes to read the eighteen Verses in Genesis Chapter 20. How would you have reacted if you were in Abraham’s situation? Did Abraham feel like the Presence of God Departed him because of the wickedness? I don’t know! Sometimes our minds and senses play tricks on us. Perhaps Abraham felt like Sarah was more capable of dealing with the situation since she had greater Prophetic Visions. What about Hagar and Ishmael? The approximate age of Abraham was 99. Sarah was about 89. Was Sarah’s youth and vitality returning to her?

Abraham does not seem concerned about his vast wealth of cattle and servants. What is going on here? Remember, the dark gray/black pillars of smoke, ash, and soot were still falling from the sky. Reports from merchant caravans were coming in with news about the utter destruction of Sedom. These were unsettling times. Perhaps Abimelech’s diplomatic servants and military troops were spread throughout the countryside, observing and reporting back news about the influx of people into Gerar. Maybe Gerar was overflowing with refugees who were frightened of the massive destruction of the cities of Sedom. Possibly their local markets were filling the squeeze.

Our sages indicate that the news of Abraham and his caravan traveling to Gerar reached Abimelech. Abraham was famous!! He was a prince among the nations. For years rumors of his incredible feats in battle had spread throughout the region. Abraham was a visiting dignitary. News spread that his sister Sarah was gorgeous. That news brought an immediate response from Abimelech. Taking Abraham’s wife/sister was an act of honor. Abimelech took Sarah for the honor of marrying into a highly distinguished family. Rabbi Meir Zlotowitz and Rabbi Nosson Scherman, The Artscroll Tanach Series – Bereishis Vol. I(a) (Brooklyn, New York: Mesorah Publications, Ltd. 3rd Impression, 1989), p 720 – 726

This was a time when the royal city of Gerar and suburban communities were in an uproar. The marriage between Abimelech and Sarah would have a calming effect on the kingdom of Abimelech. Now there is a great deal more to the story in Genesis 20 that we cannot go into in this discussion. It should be sufficient to say that Abimelech’s back was against the wall as well. When our backend is against the wall, when we feel like we have been painted into a corner, It is best to call upon The Lord for help. So when we feel the pressure mounting, and we see off in the distance dark black pillars of smoke drifting our way it is high time to call upon The Lord. 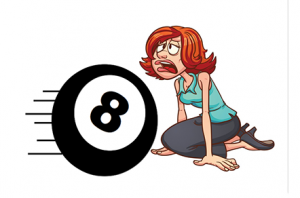 David wrote, O magnify The Lord with me, and let us exalt His Name together. I sought The Lord, and He answered me and Saved me from all my fears. They looked to Him and were radiant, and their faces shall not be ashamed. This poor man cried, and The Lord Heard him and Saved him out of all his troubles. Psalms 34.4 – 7

May each of us have Joy, Health, Happiness, Blessing, and Lovingkindness as a result of studying The Holy Scripture.